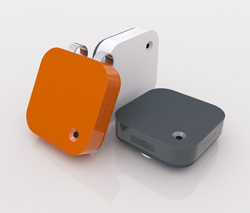 LabSat is a GNSS record and replay system that allows for systematic and repeatable testing of GPS based products. In this article we look at how it has been put to use in the development of one of the new wave of 'Wearable' devices.

In a similar fashion to the explosion in the mobile phone market, the 'Wearables' sector is set to grow at a similar pace, with forecasts of approximately 210 million new devices being shipped by 2018 – an increase of over 100%.

As you would expect, this expansion hasn't been ignored by businesses looking to capitalise on what is already a major revenue stream. Amazon has created a department dedicated entirely to the sector, their director of wireless and mobile electronics announcing recently: "Wearable technology is an exciting category with rapid innovation and our customers are increasingly coming to Amazon to shop and learn about these devices." Tellingly, such is the pace at which these products are being developed and produced that Amazon feels the need to incorporate a learning centre to help their customers navigate through the myriad of options on offer.

The Narrative Clip is a typically innovative wearable, and one of the new wave of 'lifelogging' devices now finding their way into mass production. It is a tiny (36mm x 36mm x 9mm) five megapixel camera with enough memory to store four thousand images and battery power for two days of use. Designed and manufactured by a Swedish company originally called Memoto, who sourced crowdfunding to get the project off the ground, the Narrative Clip is small and non-intrusive to the point that it can be easily worn on one's clothes.

It is such a neat design that it has no buttons at all, only requiring to be put face down to enter standby mode. One of the standout features of the device is that the miniature enclosure includes a custom GPS engine and antenna, allowing for every image it takes to be geotagged. Future development of the cloud-based storage of these images will allow for searching by location.

Bjorn Wesen, one of the developers on the project, explains how they got started:

"Because GPS does not work well indoors, at first we simply needed a way to test reception inside our office. Since we're not based in California, we can't just move the office outdoors! We started with a simple GPS-repeater, that is, an antenna mounted outside and an amplifier and re-transmitter indoors. This worked fine for some of the engineering tasks, but is not sufficient to reproduce testing scenarios or comparing sensitivity between different antenna-solutions, so we started looking at GPS record/replay products and that's when I contacted Racelogic."

This is a problem often faced by anyone developing a product that will include GPS: whilst it is entirely possible to walk outside and check that a signal is obtained, as Bjorn points out, it doesn't go far enough. The satellite almanac is constantly shifting, as are the signals themselves as they are 'bent' travelling through the ionosphere. Consistency is therefore hard to maintain, so a LabSat is the perfect solution.

Martin Källström, CEO and co-founder, in an interview with Slashgear.com in October 2013, gave an insight into the kind of issues they encountered:

"In the first integration, we were planning to use a small GPS antenna that was 2 x 3 mm and actually uses the PCB as the real antenna, but that didn't work at all. So we worked with antenna experts in Sweden on a wire antenna, that goes along the top of the camera...And that antenna worked excellently inside, in the lab. Even inside the camera, with the PCB, it was excellent. And then, when we disconnected it from the lab equipment and put it inside the camera, and turned it on, it didn't work at all. There was no signal coming out of the GPS antenna.

So we wired the antenna not into the PCB but into the lab equipment, and we could see that when the electronics of the camera was shut off, the antenna worked perfectly; when the camera was turned on, the antenna didn't work at all. There was a signal there, but it was completely drowned out with noise. The casing was a perfect echo chamber for the electronic waves, so we had a completely abstract process trying to remedy it by moving the components around the PCB."

Now that the hardware development is complete, LabSat is still an integral part in the Clip's manufacture. Bjorn:

"For consistent production testing in our factory, we again needed the reproducibility of a recorded GPS signal, so for that it was an obvious fit. Currently the factory has two LabSat 3 Replay units for testing in two production pipeline stages."

LabSat 3 gives the user the ability to record real-world satellite signals so that on-the-bench testing can be totally realistic. Whilst Narrative don't currently develop GPS positioning algorithms themselves, Bjorn can see that before long this will come into play:

"We don't currently use the feature where we could go around the world and record complicated scenarios to use in GPS-development. But we might need to do parts of this for independent, consistent qualification of GPS-solutions, so it's definitely something we see a use for."

As the world of wearables continues to grow, the need for consistent signal testing will become greater, and LabSat will fulfil this requirement.